“I don’t know if you remember…”

He went on to describe a conversation placed in the core of our collective memory. He acted like we both didn’t know in that moment that the moment we were living in, in that version of the present, would be cataloged and used in future references because it did such a damn good job of summing us up.

The weird part was I had never forgotten, but I had only just remembered-it had only recently resurfaced to the forefront of my gloomy glowing mind.

I paused in thought while I wrapped my feet around a stool.  Does he remember that night and does he remember it as I do(?) I usually I recall this memory as being gooey, but other times shame attaches itself to it.

Our time too short, we made every drink a double and we introduced our intellects to one another through the way we let seven letter words for ******* slip through the gaps of our teeth.

“What a stupid question.”

We met at a bar, and asked each other stupid questions.

I met him again at the bar, but here we were at opposite ends. And I go on and tell him I often thought about that first conversation. That how funny it was that we were back here. I said to him it was profound for me, profound like when Descartes clicks for you in Philosophy 101, but also profound because it didn’t just feel like a man and a woman at a bar connecting on that never-thought-I’d-ever-meet-anyone-else-who-is-so-into-talking-about-this-shit jive; it was augmented-something new, unfamiliar, advanced .

We rejoice months later but I guess only moments or minutes later because we were in one of my dreams; we had this knowing that somewhere in the ether of it all, a part of us we thought was only ours, was shared or mirrored in another person.

We were at our bar, asking each other stupid questions.

Where do I live in your heart and your head?

In a tomb all cased up you won’t open again?

Or do I reside in a garden of neurons that blossom and grow all over the brain, that migrate for Winter to a warmer, throbbing space. One that carries my memory to the rest of your muddled cells. On a 98.6 degree highway of route 66 veins.

In that funny liminal space between awake and asleep I tuned in to the tail end of our time together with ease. Like when your favorite movie is on TV and you know you’ve missed almost all of it, but you keep it on anyway. No need to change the channel.

I didn’t know how we got to this part of the movie though…it was as if I completely forgotten the scene before.

You left over 900 pennies in a bag by the door when you left. That was a year ago. I housed them in a drawer with other stuffed away memories in the shape of a deck of cards and mismatched earrings and old sets of keys. But today I thought, I should clean out that drawer and cash in those coins. Maybe I would feel a little lighter if I did. Maybe I would have one less reminder. Clear up some space. But, of course, it didn’t work that way.

I get 9 bucks cash from the Coinstar and go buy a coffee. After I slid in my straw, I realize in a way you bought me this coffee. And suddenly I was savoring each tiny pool of liquid that met my mouth. It became the best-damn-coffee-I’ll-ever-have-in-this-lifetime and I can’t stop thinking about you you you. Can’t stop AT ALL. So I had to sit down and fucking write about it.

I guess what I’m saying is-I tried to get rid of you (figuratively through the pennies of course) but you came back to me anyway. I think I’ve finally learned my lesson now. I can’t get rid of you. Because even if we’re not together your soul is still nurturing mine. It still cares. It still always shows up right on time; 900 little time travelers who buy me coffee and remind me to bring my pen and paper together again.

Ask all the big questions

Ask them to yourself

Look up and ask the universe

Look down at the spaceships we call feet

and think about the first time

you let them take you someplace new

because it was time to move forward

and then ended up on a porch where you found

the words you always hoped to find

for the things you knew were there

until you turned on all the lights

in the bedroom of your mind

to find your way here

Full of thorny fervor swollen green with life, he took root in her overgrown garden’s heart. He scaled and weaved and interlocked, like a thick vine too stubborn to wilt or break or wither. Not even when the winter fought her way into his cells.

He never waited for rain. He waited for her. She would be the one to tend to him. Bring him hose water she collected in a shiny tin. And maybe by spring, he’d grow to be human again.

I just wish the words our mouths make were like the ones we write.

Then our art could reside in each other-but, instead, they are silently read on this website.

In front of fire I read what you wrote

where scattered words were not contained by lines

lie disregarding truth where it was signed

From what I can decipher you end with

something in French or maybe Catalan

a morsel of the long forgotten myth

you told me was only seldom spoken

Written in code I sift through the commas

metaphors or clauses in your clauses

while the afterglow shines your tobacco

how words keep changing to soot or cinder

What is seen as right to choose what to write

You left me with just splinters of wonder

You are the murky waters right beyond the land that lies between us. I am your lagoon. We share a piece of Earth, but you never let me spill over onto your side of things. I peer over when I can; I stand on the balls of my feet, I stretch my neck the way you stretch the truth- slowly and very calculated, so you can protect yourself. 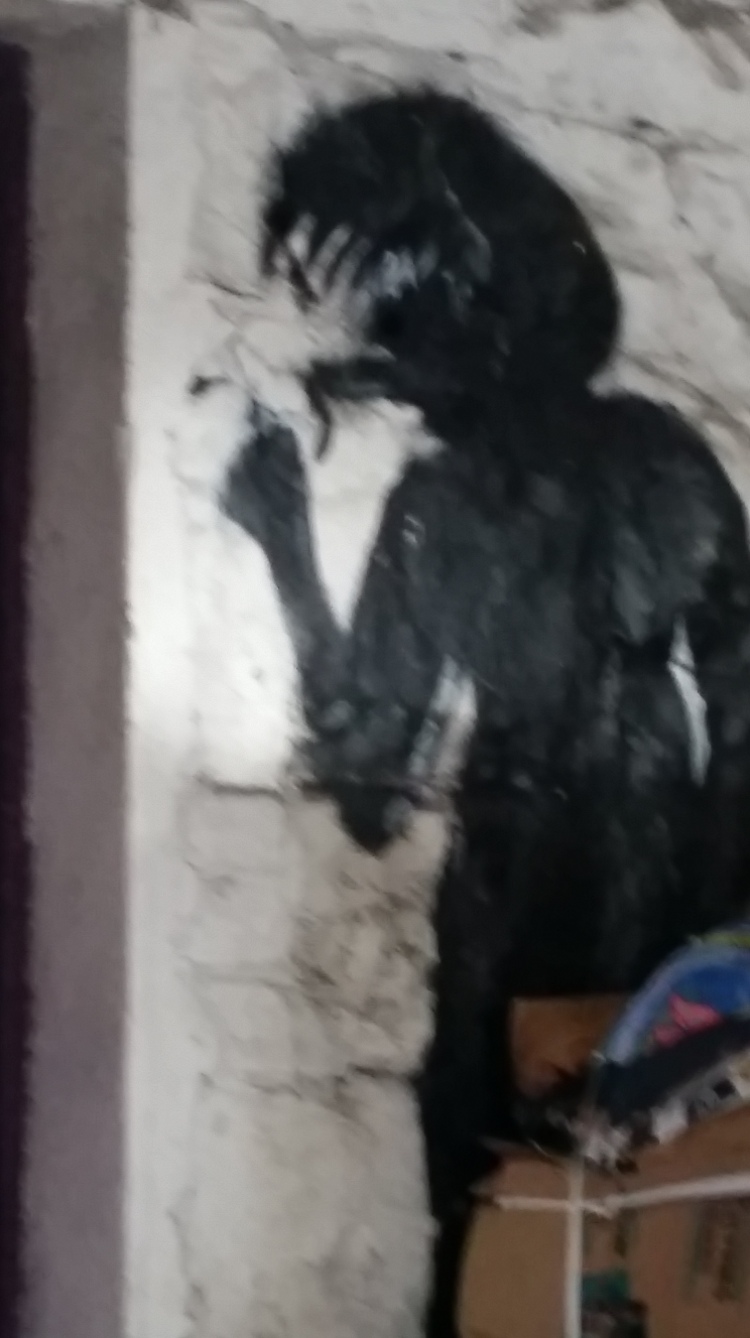